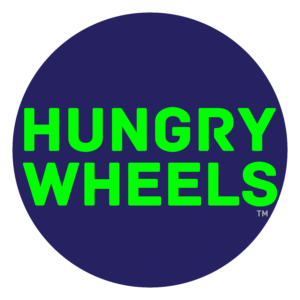 Menu
Grow With Us

We Indians have created a fourth meal, the west calls it snacks.

It is an age old response to the 3pm craving, it comes in all shapes, sizes, flavours and of course is popular across the country. These foods have migrated across India and across the world too with Indians. Especially as the well-heeled upper classes travelled to study they took their sweets with them, and as Indian students spread far and wide to form the 2 crore plus Indian diaspora, Indian snacks became normal fare.

So when we found that Delhi-based artist Rajkamal Aich chose popular items like samosa, jalebi and laddoo because food is a “conversation starter” and is among the few things that unite the diverse country of 1.2 billion people, we thought it would be great to share his witty take in Snacky Superheroes with you. Who knows, his power-packed idea may feed your imagination too?

Mr. Aich says, “Every state has something unique to offer when it comes to food, but they are all Indian – like rasgulla which is unique to Bengal, but it’s enjoyed everywhere; or, dhokla which is from Gujarat but is loved in other parts of the country too,”.

For each of these Snacky Superheroes, Mr. Aich seems to have a backstory, a rather complex  one. The quickly gobbled and humble foods come to the aid of the weak and fight for the underdogs, or the underfed sitting in offices and homes.

The stories, he says, are all rooted in the present-day Indian reality and are peopled by those who inhabit the country.

Misti-Doi Man is a government clerk who has an abusive boss and a bossy wife. “One day, he is sitting on the banks of the Hooghly river, contemplating suicide, when a vendor sells him some misti-doi. He eats it and discovers his inner strength and his life improves from then on,” says Mr Aich.

Mr Aich’s Laddoo Boy is a child labourer who works in a sweet shop. “He is exploited and abused by the shop-owner regularly until one day, he realises he has superpowers and he becomes a vigilante who fights to protect and get justice for the underdog.”
Samosa Boy is based on the real character of Chotu Lal, “a friend from the eastern state of Bihar who loves samosas so much that he can eat 10 of them in one go”.
Jalebi Woman is inspired by a “sweet, college girl” who is frustrated because she is “eve-teased” by men. “One day she eats a jalebi which gives her enough power and energy to fight against harassment and injustice.”
The Idlii Man‘s handlebar moustache is inspired by Veerappan, notorious bandit, poacher and sandalwood smuggler who was shot dead by the police in 2004. Veerappan operated in the forests of Tamil Nadu and Karnataka – the two southern states where idlis are a staple.
His characters take us on a journey deep into middle India and to its big cities, they also tell a tale of how food travels, with it cultures, rituals and ingredients.
We thank Mr. Aich for giving us permission to feature his work.

GIVE SPEED TO YOUR DREAMS

Learn how we work with you to build and scale your brands.

My mother and every home-chef can now fearlessly grow their brand, be creative without any fear of shutting down thanks to HungryWheels Food PODs.

A QSR can offer FOOD PODs as a new format to Franchisees. With financing, insurance and RTO. Its freedom from high rentals & location risks. 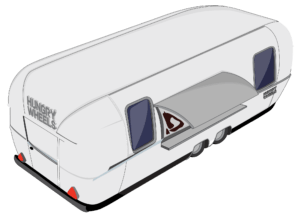 Get exclusive offers and updates on new arrivals